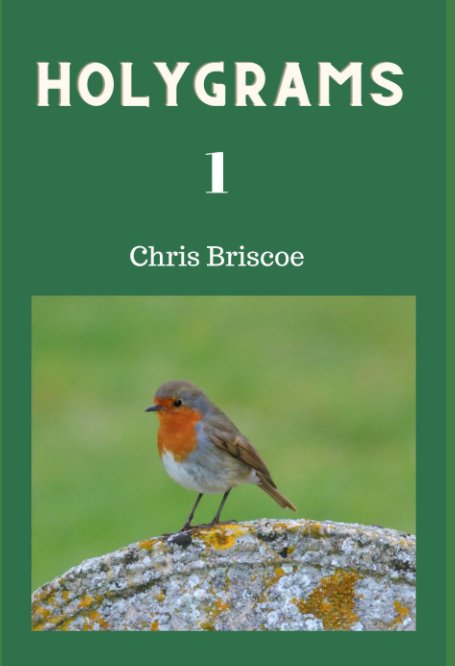 Have you ever watched a scene of someone visiting the grave of a loved-one and wondered to yourself, "How impersonal it is to speak to a cold, slab of stone"?

Well, in this story, the main character, Robin, one day has such a thought, but suddenly - like a bolt from heaven - he is inspired to invent a new way to mourn your dearly, departed at the graveside, by installing a system of holograms, that is, an image which appears of your loved-one that is projected from their grave-stone when a special, infra-red beam of light is broken.

Yet, after meeting a professor who is a renowned authority on quantum physics, Robin is introduced to the concept of quantum-tunneling, which can be applied by the Professor's ingenious invention, of contacting the dead and visa-versa; but only of those who abide in heaven, not roaming spirits, but rather, spirits installed in heaven.

Therefore, such technology is transformed so that the physical reality can communicate with the meta-physical world, and visa-versa; for example, in the town where Robin lives, in Scunthorpe, Arthur, who has just lost his dear wife of forty-five years of memorable, almost bliss matrimony, can make contact with her; yet, the image isn't of a prerecorded hologram-message in four dimensions of Ethel, but in actual real-time, from the trans-dimensional world of heaven; he suddenly is speaking with and holding a conversation with his dead wife; which he wonders "How"?

But what Arthur wasn't expecting was that Ethel can see almost everything that he does, including him going into the local bookies, that she had always forbidden, or smoking his tobacco-pipe. That Ethel can see everything Arthur is getting up to, or, while the cat's away, the mouse will play, which means the story develops into some tense, confrontations or battles, both entertaining and exciting.

If you love science-fiction, then this book is highly recommendable to you.
Author website
http://www.amazon/author/chrisbriscoe