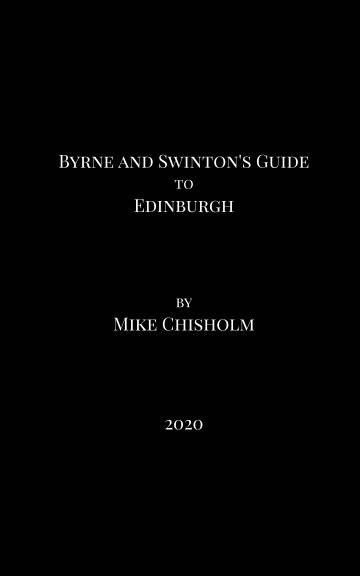 Byrne and Swinton's Guide to Edinburgh

In December 2018 I spent 2½ days in Edinburgh, only my second visit to the home of several generations of my paternal forebears. My partner had work to do there, but I was at leisure, free to explore and photograph the streets of the city centre from our hotel base on South Bridge.

On the morning of my last day, I had a brief encounter with the artist and playwright John Byrne and his former partner, actor Tilda Swinton. I had seen that John Byrne was having an exhibition of his prints and paintings in the Royal Scottish Academy, and I had dropped by to see it, before heading to the airport for my flight home. As I moved around the gallery, I was surprised to notice the unmistakable figures of Byrne and Swinton examining one of the larger works. Later, sitting with a coffee in the busy café of the Academy, I realised they were now standing immediately behind me, queuing, and that Swinton was already anxiously looking for somewhere to sit; Byrne is quite elderly now. So I offered her my table for the price of a photograph, which she gratefully accepted. We sat together and made conversation for a short while. I had recently watched Swinton's documentary of filmed conversations with John Berger, The Seasons at Quincy, and Berger had died less than a year ago: I suspect she was pleased to be able to talk about that rather than her roles in, say, Doctor Strange or The Chronicles of Narnia. I then left them to it.

On my blog, later that week, I had a bit of Photoshop fun removing the two of them from the Academy café context, and putting them in front of a couple of the Edinburgh scenes I had photographed, like a pair of tourists or tour guides. Then, two years later, it occurred to me that I had made enough usable photographs in my 2½ days to make a short sequence in the same way, almost like a flicker-book in which the two figures remain constant and immobile, but the background changes with each turn of the page. This book is the result.
Author website
https://mike-chisholm-photo.squarespace.com

Mike Chisholm is an independent artist-photographer, based in Southampton, UK. Mike was born in 1954 in Stevenage, a New Town 30 miles north of London. He was educated at local state schools, then studied at Balliol College Oxford, the University of East Anglia, and University College London. For thirty years he worked in the higher education sector (Bristol and Southampton universities) but now concentrates on photographic and writing projects. In recent years he has exhibited his photographs and bookworks internationally in several one-man and group shows. His blog, IDIOTIC HAT, is widely read and regarded by many as a must-read source of photographic inspiration, ironic wisdom and amusement.